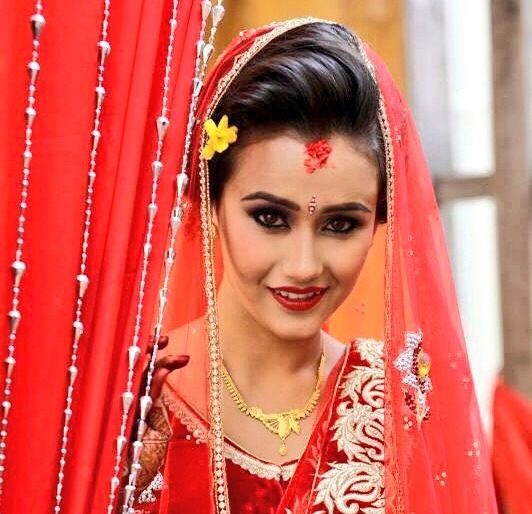 Born in 4th July 1995, Swastima Khadka (age 20 years) is a new actress who debuted in Nepali Cinema Industry from the hit movie Hostel returns. Prior to being known as an actress, Swastima was already linked with the glamour field. She was the top 5 Finalist of Miss Teen 2013 and later she continued to pursue glamour by modelling by which she has been featured in several music videos. Baby Kuchi Kuchi was Swastimaâ€™s first music video and since then she had been featured in several other videos like Sahara by Ugesh Limbu in which she can be seen together with Aakash Shrestha. Audience liked her onscreen chemistry with Paul Shah in Hostel Returns a lot. It seems Nepali Film Industry has discovered a new face that has got potential to take kollywood to a new height. Producer Sunil Rawal took risk by star casting new faces for Hostel Returns- the sequel to the highly successful movie Hostel and his risk has paid him well.

Swastima Khadka completed her school level education from Sainik Awasiya Mahavidhyala, Bhaktapur in 2010. A bright student since school, Swastima went on to join I.E. Architecture in Thapathali Engineering Campus in 2012. Â She has completed her Intermediate Level Education in Engineering.

Swastima married Nischal on 17th February 2016. Only close members and few friends were invited on the occasion. Reception Party was thrown on the same evening. Previously, Swastima was engaged with Nischal on 14th December 2015.

Nischal Basnet is one of the most promising new generation director who debuted in movie direction from Loot. His very first movie Loot became mega success and since then he has directed and produced many other movies. Nischal has completed his graduation from prestigious Oscar International College of Film Stuties.

Prior to this, a rumour of Swastima dating Nischal Basnet had long since been going on in Nepalese Entertainment Industry and few tabloid publications had also made it as their main headlines. But when these celebrities were interviewed, both of them had denied that they had had any kind of such relationship.

In Swastima Khadka interview, she has said that the marriage was a family affair and it was not a love marriage. Both families were positive towards marriage. So, the couple began dating each other. With each meeting, they began to draw close to each other and thus they finally decided to wed each other. She is a jolly person. Swastima has said that she will not stop her career and she will continue what she is doing now and she is hopeful that the marriage will not bring any drastic change in her professional as well as personal life. Nischal is also positive in boosting the career of Swastima. So, her fans can expect to see more movies from Swastima in future. Nischal has even said that he will approach Swastima for playing in his movie if he feels the script of the character matches to that of Swastima. The couple were sad the way the news of their wedding surfaced in online media news portal much earlier than they had expected to break the news which created quite a difficulty in family of Swastima as they did not know if they were going to get married when the news broke.

I make mistakes. But, I really appreciate those people who stay with me even after knowing what I really am.

Iâ€™ve feelings too. I am a human and all I want is to be loved for myself and for my talent.

Its lack of faith that people are afraid of meeting challenges and I believe in myself.

Whenever someone offends me I try to raise my soul so high that their offense canâ€™t reach me.

Along with movies, Swastima has also stepped into modelling. She has not only walked in ramp shows but she has also become show stopper for the event organized by Boutiques. She has also been featured in the cover of M&S V Mag. 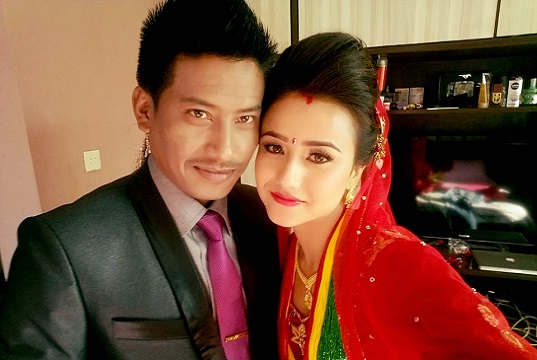 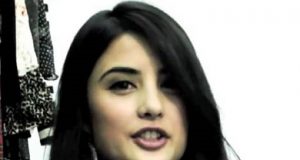