Known more by his character name Haku Kale from his hit movie Loot, Saugat Malla (age 39 years) is the successful next generation Nepali theatre and cinema actor who was born in 21st June 1976 in Parasi Bazar of Nawalparasi. Saugat Malla learnt acting from Aarohan Gurukul where he displayed his brilliance in acting in Plays like Oedipus Rex and Agni Ko Katha. He is mostly known for his real life acting in contrast to the copycat larger than life style from Bollywood which is why his fans can relate themselves to his acting. The contemporary dialogues delivered in typical Newari tone made him stand out in the crowd of actors. The catchphrase Bal Haina Pasa Dimag Laga (Use not force but your mind my friend) from Haku is still popular among Nepalese teenagers. It is surprising to notice how perfectly he manages to execute his dialogue in Newari tone even when he was not a Newar but a Thakuri by ethnicity. Although Kale was the brainchild of Nischal Basnet, it was Saugat who gave more depth to this character by suggesting a Newari name Haku and developing the character to its full potential.
Saugat was obsessed with the world of cinema since the third grade. Since then, he has followed his dream and the thought of choosing other career never occurred to him although his parents wanted him to choose other alternative. He has a very reserved character. So, it takes time for him to open up with anyone. He does not like to waste time in social gossip and he is forever thinking about new characters. He likes to experiment with his characters. He is very choosy about the movie that he plays. So, his movies are different from the main stream Kollywood Cinema. He takes Amitabh Bachchan, Irrfan Khan and Nasseeruddhin Shah as source of inspiration. His childhood was spent watching movies of these legendary rulers of Bollywood. His character reflects someone from a society. So, his character looks more lively, the reason why he has huge fan following. He watches award winning movies. A lot can be learnt by simply watching movies according to him. He watches these movies with a critical eye and he tries to figure out what made the movie successful. In one Saugat Malla interview, he has admitted that he keeps forgetting things as he is too focused in his character. He has also said that he has no plan of getting married any time soon.

Saugat Malla house is in Kumaripati, Kathmandu. His fans can reach him through facebookÂ although Saugat has revealed that he does not want to use facebook more.

Saugat made a debut in Kollywood from Kagbeni which was directed by Bhusan Dahal and released in 2008. Being a shy person, it was difficult for him to shoot a kiss scene with Deeya Maskey in Kagbeni. He had to wait for four long years before finally being signed in Nischal Basnet directed Loot which helped him to shine in limelight. Critically praised movie Sungava and Blockbuster Kabaddi Kabaddi are among his hit movies. Highway, Chhadke, Katha, Fitkiri, Mukhauta and Uma are other movies from Saugat. He is busy with his upcoming movies and we can expect nothing but the best from him as he has never failed to meet our expectation. An International Film Festival Award winning Dying Candle is Saugat Malla new movie. This movie has won Best Cinematography in a Feature Award in sixth Queens World Film Festival 2016. Directed by Naresh Kumar KC, the Dying Candle was also nominated for Best Actress in a Feature Award and Best Feature Narrative Award. People can see him in Lukamari and other upcoming movies.

Along with acting in theatre and movies, Saugat has also debuted in music video from the song Bahula Hu Ma Bahula. Suraj Thapa, the lead vocalist of Sutra Band has given his vocals to the song. Saugat can be seen with actress Priyanka Karki in this music video.

One of the most talked and out of the box actors, Saugat is creating hype in Nepali Cinema these days. He charges NPR 5 to 6 Lakhs per movie which is a decent sum as compared to his market value.

There was a buzz that Saugat Malla had close relationship with Sarita Giri. Many had taken her to be Saugat Malla girlfriend but they got separated later. He was also linked with Soni KC but none of them confirmed the relationship. The love making scene in between Saugat Malla and Keki Adhikari from the movie Shree 5 Ambare also became talk of the town. 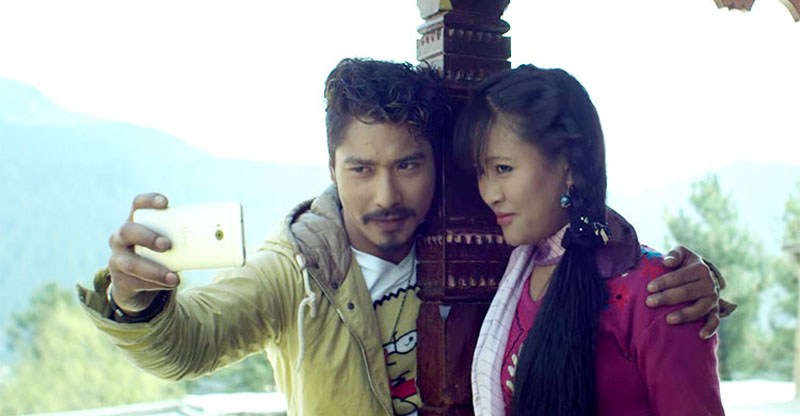 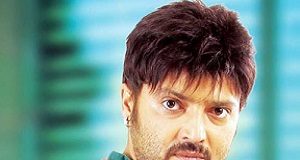