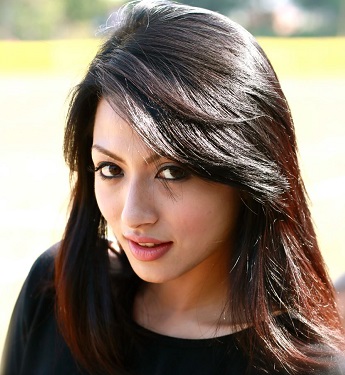 Born on 1989, Sahana Bajracharya (age 27 years) is a model, TV anchor as well as A Media personality. She had successfully hosted the second season of popular â€˜Mega Modelâ€™ Show. As a Child, Sahana remembers herself as a tomboy who used to spend more time with boys than girls. She used to play marbles rather than dolls like every other girls. Sahana shares some tips for women who wants to participate in Miss Nepal. According to her, Miss Nepal is more of responsibility than a title. Miss Nepal represents women from all over Nepal. It is not just about having good height and pretty face. You need to study a lot and get updated with all issues. You need to have certain vision on how you would give back to the society which has given you so much so far.

After completing her school level education from St. Marys School, Jawalakhel, Lalitpur, she joined Weigan and Leigh College for further studies. She debuted in Entertainment World by doing an ad for Dabur product. Later, she joined Kantipur to co-host the popular show â€˜Call Kantipurâ€™. â€˜Yugantarâ€™ was the first show that she hosted for TV. She was approached by National Democratic Institute with an offer to host the interview based talk show and she accepted the offer. Yugantar used to be on air through Image Channel. Her photogenic face has graced cover of many magazines including Movers & Shakers and TNM. She had also done a small role in the movie Goodbye Kathmandu (2012).

Things you did not know about Sahana Bajracharya

Unlike most of the Nepali models, Sahana is not a party person. She likes to have a close circle and she loves hanging out with her close ones in places like Tamas and Attic. Doing Karaoke is her favourite hobby. She also likes to reach to the remote corners of Nepal and loves listening to music while she is a keen enthusiast of glass painting. She goes for a shopping to get relief from stress. She is a social activist and she has done a praise worthy act of fighting for the cause to stop Chaupadi cult prevalent in remote villages of Western Nepal which forces women to be isolated during menstrual period which leads to low hygiene level and even death in some cases. She takes Mr.Subarna Chhetri, the former Chairperson of the Hidden Treasure as her mentor who taught her about how media works. She travels whenever she needs break from mundane life. She recalls her best moment as the opportunity that she received to meet with The NASA Administrator, Charles F. Bolden. Miss Nepal 2009, Zenisha Moktan is her favourite Miss Nepal. Zenisha is also one of her besties.

Sahana is a celebrity that gets involved in controversies time and often. According to the news published in Sakhu Weekly Newspaper on 11th of August 2014, Sahana along with her co-worker Suraj were arrested in Chitwan by Nepalese police for involving in sexual activity in a car. According to the Nepal Police, their patrol team found the car shaking at around 3AM and upon approaching, they found the duo in almost nude posture enjoying themselves. When the duo gave identified themselves as a reporter of Kantipur TV, the police cross checked with TV News department head Tirtha Koirala who denied them as the part of News team. Later, both of them were fired from Kantipur. However Sahana denied of such action and stated in a press release later that they were just changing tires. Suraj admitted of drinking and driving. In another event, both of them got arrested for using swear words and giving life threat to Harshabardhan Sahani, the Director of music video company.

After getting caught in the act, many have seen Suraj as Sahana Bajracharya boyfriend. However, she was also linked with Dawa Steven Sherpa (the owner of highest altitude bar in the Everest Base Camp) previously.

Sahana Bajracharya bikini photoÂ which she shot during the photo shoot for Miss Asia Pacific World 2011 also led her to controversy. Recently, she was criticized by Nepalese audience when she started hosting the Event â€˜Amar Panchhiâ€™ in English language.

In a show titled â€˜Namasteâ€™ that is on air through NTV Plus Channel, Miss Earth Sahana Bajracharya took an interview of Rishi Dhamala, the famous journalist in which Rishi has talked about his childhood days and his struggle period. 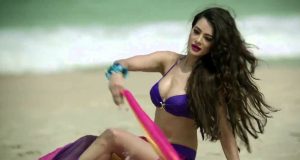