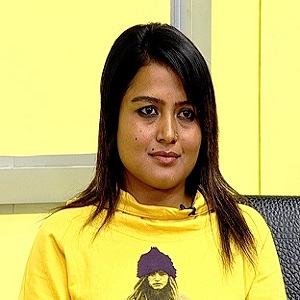 It has been 15 years since her first movie appearance and the gallant actress Rekha Thapa is still dominating the Nepali film industry with her charisma and beauty. The strong sex appeal and hot pictures featured in cover of Wave magazine has increased her fan following in facebook as well as Twitter account. She is among the few Nepali heroine who has dared to take risk as a producer and she regularly makes movies through Rekha Entertainment, her own production house. Her fans also know her as a love guru who provides counselling on love related problems through National Weekly- Kantipur Saptahik.

Rekha was born to father Prem Thapa and mother Saraswati Thapa in 21st August 1982 in Salakpur of Morang district in Nepal. Her passion for glamour field forced her to shift to Kathmandu once she completed her school level education. She had enrolled to study Humanities and Social Sciences in Higher Secondary Level but she decided to leave study for the sake of her career and personal growth. She was interested in acting ever since she watched the first movie Laxmipuja starring Shreekrishna and Kristi Mainali in Jaljala Theater.

Although she wandered into several modelling agencies in her struggling period, the journey of Rekha in the world of glamour began at the age of 17 years when she became the contestant for Miss Nepal 1999. Although she was unable to grab the title, she was able to make it to Top10 list. She devoted the next two years in better understanding of how kollywood works. Finally, she decided that she was prepared to make a debut in Nepali cinema world. She got attention of Chhabiraj when she won the title of Miss Koshi 2057. So, Chhabiraj Ojha- one of the prominent Nepali movie producers gave her the much needed first break through the movie â€“ Hero which was released in 2001. She was lucky to get an opportunity to work with the legendary Nepali actor Rajesh Hamal in her very first movie which was an insightful journey to her. It is interesting to know that talks were going on about signing agreement with Sajja Mainali for Hero till Chhabiraj found her photo in a magazine that stated she was the winner of Miss Koshi.

The producer Chhabiraj Ojha fell for her seducing beauty. He proposed her and thus Rekha Thapa married Chhabiraj in 2001. Their married life had several ups and downs. She finally decided that she could not continue to remain as a wife of Ojha throughout her life. So, Rekha divorced her husband Ojha in 2012. In an interview, Rekha has expressed that she would find a life partner by 2019. Although it was Ojha who gave her a break in Kollywood, she has stated that Naresh Paudel is her god father.

Who is Rekha Thapa dating now?

Since she was publicly spotted with Sudarshan Gautam in number of times, many had speculated him to be Rekha Thapa new boyfriend and probable future husband but she denied the rumour claiming it to be false. The NRN from Canada, Sudarshan is a married man who is physically disabled. She further explained that the rumour was spread purely for publicity for Himmatwali movie. Rekha Thapa is single and she has not been proposed by anyone for marriage yet. May be, people hesitate to propose her because of her bold image, thanks to woman oriented action movies that she plays. It is a great irony that despite being a love guru who provides counseling for healthy relationship between couples, she has herself became unsuccessful in her love as well as married relationship. Itâ€™s not like she had not made effort to work out her relationship problems. She had consulted with Harihar Adhikari reharding her relationship problems.

(Update: According to the rumour, Rekha Thapa is going to marry Rajesh Payal Rai soon.)

This charming lady never fails to attract mediaâ€™s attention one way or the other whether slapping a journalist or dancing together with Prachanda- the leader of UCPN (Maoist) political party or kissing Khagendra Thapa Magar who was once the shortest man in the world with height of mere 67cm till Junrey Balawing seized the record with 59cm height. Her statement telling Nepalese living in America to be homeless people met with sharp remarks. Previously, her name was linked with Pappu, the head of Film Development Board (FDB). The two were spotted smoking together smoking during shivratri ceremony.

Her political views made her close to United Communist Party of Nepal Maoist which is why she took membership of UCPN (Maoist) party. The tweet stating Rekha Thapa was still a virgin went viral over internet but later she made it clear that the post had got nothing to do with her. Voices have often been raised about Rekha accepting payments for appearing in functions and then not showing up during the event. Some of the organizers even say that she does not even refund the money when she fails to fulfil the agreement.

One of the busiest actress who releases around seven movies each year, she has already given more than 100 films to her fans. Some of the top Rekha Thapa movies list are:

She often likes to experiment new things which is the key to her success. She had used camel in her movie Himmatwali. This was the first time that camel was featured in Nepali cinema.

Fans of Rekha is introduced to her new skill as a music composer in song from Rampyari. Her fans can listen to her soothing vocal in a song from Ajambari Nata. The voice in itself creates eargasm.Â  Rekha Thapa new song is Maa Kasam. We can listen to this song in Movie Laaljodi. However she has clearly mentioned that she has no plan of releasing any albums or youtube videos and she will sing only for movies. So, we can expect more songs from Rekha in future. We have to wait and see if she will be as popular as a singer as an actress. She has been using her singing skills onstage to promote her movie.

Where is Rekha Thapa living? What is her house worth? Which car does she drive?

Currently, Rekha Thapa house address is in Jorpati where she is living with her mother. She has invested NPR 75, 00,000 for her house in Kathmandu. According to the sources, she has also booked her space in Jagdamba Apartment. She drives a car from Hyundai. The market value of her car is NPR 26, 00,000. She enjoys driving.

She is living a grand celebrity life. She has said that it requires more than 50 thousand per month to maintain her celebrity life. She loves shopping. She is obsessed with miniskirts and she has a huge collection of skirts in her wardrobe. She has quite a busy schedule which forces her to leave bed early in the morning at 5 am. She contemplates about the things that she should be doing on that day half an hour prior to getting up and then engage on 2 hour long rigorous exercise to keep her body fit. She usually sleeps at 9pm.

How much salary does Rekha Thapa earn?

Though the exact figure is not disclosed, her rate for movie is estimated anywhere in between 3 Lakhs to 4 Lakhs per movie.

Rekha is actively involved in Philanthropic activities through The Rekha Foundation- a non-profit organization established in 2013. She showed great initiation during the time of stress and helped the victims of earthquake 2015 with big heart. She has donated money to orphanage and home for aged people. She had also contributed for cremation cost in Aryaghat during earthquake period. Her foundation has also made donations for house rebuild program in Nuwakot and Sindhupalchowk which were the two most effected districts from earthquake 2015.

Rampyari is the highly awaited movie from Rekha. The movie is set to be released on 9th April 2016 all over Nepal. The teaser for Rampyari has been out in the media where we can see the first looks of Rekha as Rampyari and the movie looks promising. Shabir Shrestha is the director of this movie while Saraswoti Thapa, Rekhaâ€™s mother is the producer. The movie portrays Rekha in a lead role as a Tempo driver. Sabin Shrestha, Aavash Adhikari and Ashma DC are among other appearances. The story has not been leaked yet but it is said that the movie is based in real life story of Rampyari- a tempo driver from Chitwan. Given her history of female oriented action movies, we can assume this movie too fit in action genre too. She is busy now-a-days promoting her new movie both at national and international level.

She looks hot in photos where she flaunts with her long and slender legs and feet in mini skirt with high heel shoes. Her weight changes according to her role in movie. In Tathastu, she went through weight loss and she was only 58 kg while she weighed 65 kg while she was acting for Himmatwali. She had said that the secret of her weight loss was hard exercise and proper diet plan. She had lose more weight for Rampyari as it is an action based movie which demands strong fitness.

She loves eating pizza and adores hanging out in the streets of Pokhara with her friends. Given her shopping habits, she has been tagged a shop-a-holic. She appreciates acting of Rajesh Hamal and Karishma Manandhar. She likes her seductive eyes and welcoming lips. Rabbit and dog are among her favourite pets while she enjoys reading a lot.

Despite being the number one actress, she is often criticized for her behaviour. Many near ones say that she has an envious nature. Ojha had revealed that Rekha has got very short temper. She gets mad at things quickly and she does not take care of her relationship too well which is the reason why their marriage did not become successful. Most of her co-workers have also stated that it is difficult working with Rekha. She had had differences with some of the directors like Deepak Shrestha and Gyanendra Deuja in the past while she has also not so warm relationship with actors like Biraj Bhatt and Nikhil Upreti. If we are to believe rumours, she is also not on good terms with actress Namrata Shrestha. Also, it is said that their friendship has gone cold since they were invited by Karishma Manandhar to celebrate Laxmi Puja with her during Tihar of 2062. But both of them have remained silent in this issue and the truth is yet to come out.

It is her exceptional marketing strategy, carefully planned movie release date along with good connections, superb acting skills and pretty face that has made Rekha Thapa the number one hot Nepali actress and it seems she will retain the title for long days to come. 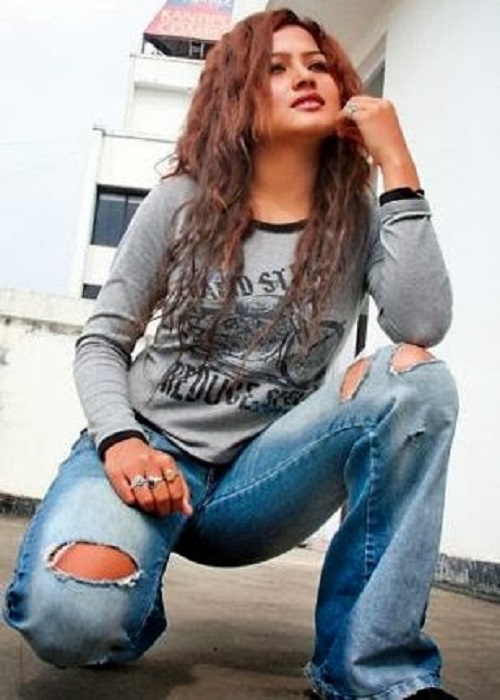 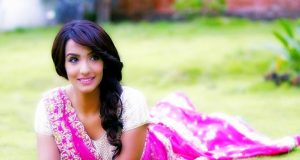