Who is Rabindra Mishra? 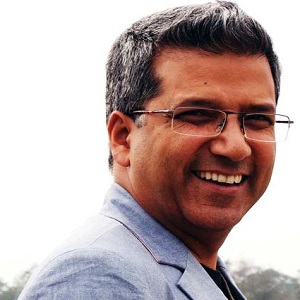 Rabindra Mishra is one of the most celebrated journalist who is better known as the presenter of Sajha Sawal that comes every Sunday at 9pm from BBC. General public can ask questions directly to political leaders and policy makers through this program. Rabindra is also the Founder of HELP NEPAL Network which is the charity foundation. A man of versatile personality, Rabindra is also the chief editor of BBC Nepal.

An undying passion for movies made Rabindra appear in a short role in the movie Highway. He can be seen as the husband who is more into mannequins than his wife.

Rabindra Mishra date of birth is 1967. His age is currently 49 years. He was born in a middle class family in Kathmandu but his upbringing was in remote Doti and Darchula districts from where he completed his school level education. Later, he returned to Kathmandu. After completing Masters Degree in Major English from Tribhuvan University, he moved to Pakistan where he did masters in Journalism from Punjab University in full scholarship. Later, he continued his study further in International Relations from prestigious London University.

His first experience as a journalist was in NTV where he worked for almost a year before resigning from the job. While in Pakistan, he used to work for The News International. He wrote a letter to Khagendra Nepali of BBC Nepali Service in London while he was studying in Pakistan. Khagendra asked him to cover the news of election that was held in 1993 in Pakistan. He recorded the report over phone and sent it to BBC London which became a breakthrough for his entrance to BBC. Then, he covered election news and later gave written test in 1994 to win a place in BBC Nepali Service in London. He served BBC for almost 15 years before returning to Nepal where he began to work as the Chief Editor of BBC Nepal. Rabindra Mishra net worth is still under review. Although exact figure is not disclosed yet, Mishra salary is believed to be in six figures.

Rabindra Mishra is a married man and he is living happily with his wife Sarita Karki. There is not much info regarding personal life of Mishra and hence we were unable to find out who his children are and what they are doing. His sister had studied journalism from Moscow, Russia.

Rabindra has exposed his literary skill through his National Bestseller books Bhumadhya Rekha: Arthahintata Bhitra Artha Khojda, Rabindra Mishra Ka Kabita and Khana Pugos, Dina Pugos. Khana Pugos, Dina Pugos is a collection of essays that promotes philanthropic journalism and Practical Philanthropy while Bhumadhya Rekha is his collection of articles published in Kantipur Daily Newspaper where he expresses objective view on Nepalese politics. There are total 52 poems in Rabindra Mishra Ka Kabita through which we can feel the soft corner of Mishra.

Not only does Rabindra argue about Practical Philanthropy but he has actually been practicing philanthropy through his foundation, Help Nepal Network. The idea behind this charity network is to collect 100 rupees every month from people and utilizing that fund in the welfare of Nepalese like building schools, orphanage, help in relief disaster, make donations to other small charity organizations and more. This charity network is run voluntarily and the administrative cost of office in Kathmandu is covered by endowment fund of NPR One Crore and Eighty Five Lakhs. He was fed up with deteriorating Nepalese political scenario. His study in philanthropic journalism made him dissatisfied with the way the media was pinpointing negativities and raising problems but never doing anything to bring about positive changes. He wanted to contribute for his country from his side. So, an idea of fund raising occurred to him while he was still serving in BBC London. Later, he established Help Nepal Network. His position made it easier for him to reach to the compassionate Nepalese who were looking for a platform to help their motherland prosper. He has been able to collect the huge fund. Transparency is maintained while mobilizing the fund and an audit report is being regularly published. In short span of time, this Charity Fund has already got its chapters established in fourteen different countries.

Contact him through Help Nepal Network. Call Help Nepal Network in +977 1 4498328. Reach him through official Rabindra Mishra Facebook account Write to him in his twitter accountÂ  With more than five hundred thousand likes in facebook page and more than two hundred and forty two thousand followers in Twitter, he is one of the most searched Nepali celebrities. 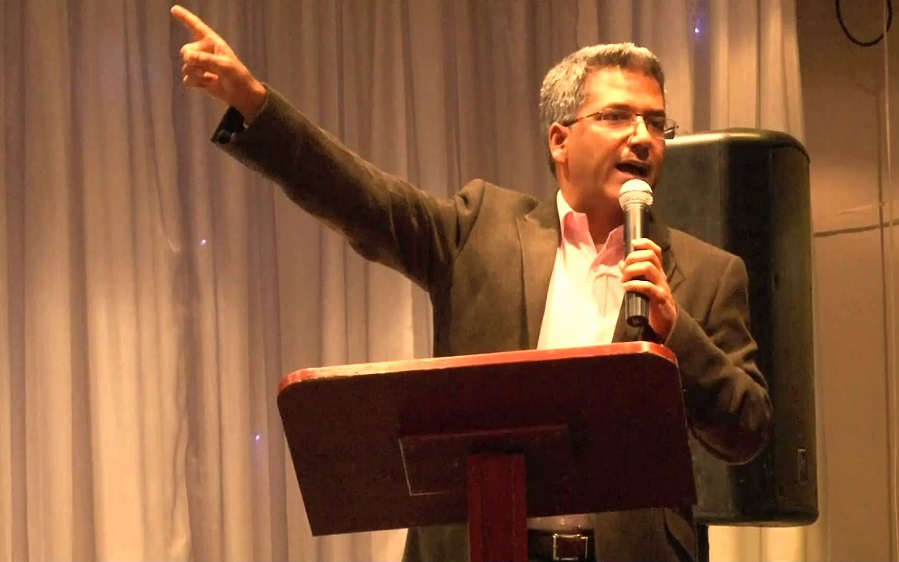