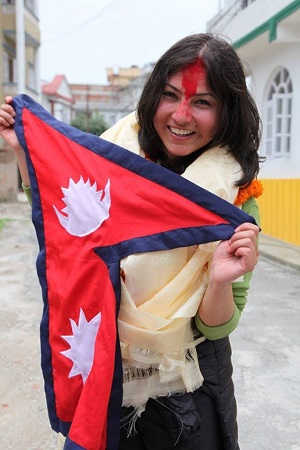 Nisha was born on 4th October 1984 to the parents Khadag Bahadur Adhikari and Durga Adhikari in Mission Hospital of Tansen, Palpa. Her father had worked for United Mission to Nepal while her mother used to be lecturer at Nursing Campus. Nisha is a VJ, beauty queen, model and an actress. Nisha was passionate about glamour world since her childhood. She was crowned the Miss International Nepal 2005 and she had also won the title Miss Personality on 2005. Nisha is younger by four and half years than her elder brother. She likes to describe herself as a frank and loving girl who loves shopping.

After completing her A Levels from Kathmandu Valley School with Business as a Major subject, Nisha joined Wigan Leigh College, New York Film Academy from where she finished her under graduation. She has graduated in business as well as social science while she has got training in film making from USA. She made her acting debut in Nepali entertainment industry from Gharbeti Baa, a popular comedy sitcom used to be broadcasted from Kantipur Television. She got her first break in Kollywood from Mission Paisa opposite Nikhil Upreti on 2009. Her career as a VJ started from Kantipur Television when Bhusan Dahal offered her the position after being impressed by her work in the music video which he was directing.

Â Along with TV shows and movies, she can also be seen in advertisements and in music videos of Sannani ko by Sudip Giri and Timi Jasto Chhaina Kohi. Before starting to act in Nepal, she had gone to Pakistan where she played in serial in Urdu language.

She was the first actress to climb Mount Everest. She conquered Everest on 21st May 2013 at about 8am NST. Previously, Arjun Karki- the Nepali actor had climbed Everest on the same year.

Nisha raised the Nepali flag on the top of Africaâ€™s highest Kilimanajro peak after successfully climbing the 5756m Peak in Tanzania. Nisha had to climb Everest as an assistant of climbers due to financial reason.

Nisha and Sharad had been dating since quite a long time. Although there was rumour of breakup with Sharad Vesawakar, the National Cricket player due to her sudden plight to USA, the rumour turned out to be false as she returned to Nepal for the promotion of her movie- Lootera opposite Nikhil Upreti and wedded Sarad. People had thought there might be problem with her love affair especially when she posted her pics where she had gone bald. Her fans were worried if it was due to her health problem but Nisha has revealed that it was her way of discovering herself through experiments and she was both mentally and physically well. She was simply following her heart and she did what her heart wanted. She told that she was in USA in a vacation tour to see her brother.

After getting 3 months training in direction from USA, Nisha has initiated a new career by directing a music video for the singer Raju Pariyar. In this song, the music is composed by Tara Prakash Limbu while lyrics is created by Mr. Raj Pahari. In one Nisha Adhikari interview, she has said that she wants to direct movie in future. In fact she has even come up with a date and she expects to begin to direct the movie in 2017. Meanwhile, she is prepared to direct short movies. She has also directed a music video by Menuka Pradhan and Gajit Bista.

What is Nisha doing now?

These days, Nisha is working as a Marketing Consultant in Presidential Plam Company where she facilitates employee recruitment, advertising and others. She is also involved with Yuva Ãœdan, a social service organization that is dedicated to develop creativeness among youths. She is the member of Rotary Club of Nagarjun and she had also served as the ambassador for the Autism care centre.

Nisha was dragged to controversy for photo shooting in Nepal Army Helicopter. She also became the gossip of town when she attacked the journalist Anup Bhattarai on the premiere of Loot after Anup tried to take her pictures without her consent. 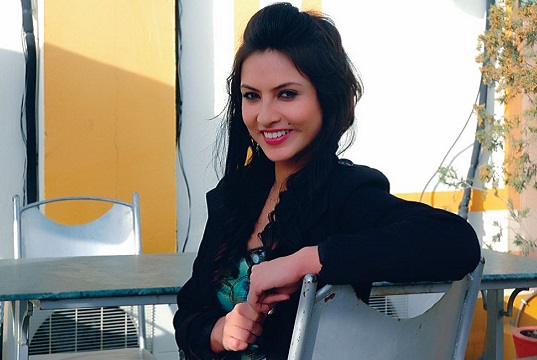 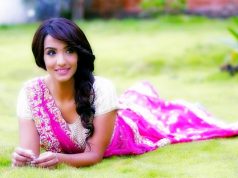 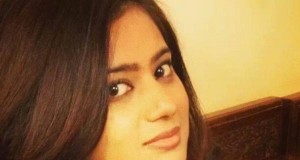