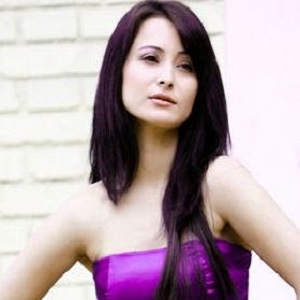 One of the most romantic Nepali actress, Namrata Shrestha debuted in film industry in 2008 through Sano Sansar. The director Alok Nembang encouraged her to give auditions for the movie. She had already worked with Alok in music videos. After three rounds of auditions, she was finally selected as an actress for Sano Sansar. The very first movie established her in Nepali cinema industry.

She is a choosy actress. She carefully selects the movie in which she wants to work which is why she has been able to give back to back hit movies. Mero Euta Sathi Chha was second movie from Namrata in which she was casted opposite Aryan Sigdel. The movie was popular among teenagers and it got positive response from the critics. Namrata house address is in Battisputali, Kathmandu.

The model turned actress Namrata has height of 5 feet 2 inch while her weight keeps changing according to the character of the movie. In an average, her weight is maintained below 50 kg. She has got an hour glass shaped body with 32 inch chest, 24 inch waist and 34 inch hip.

Classic is the New movie of Namrata Shrestha in which she is seen opposite Aryan Sigdel. The story revolves around love affair in between two blind people. Namrata debuted as a producer from Soul Sister but the movie failed to gather much crowd. Soul sister was produced by her own production company named Highly High Entertainment Pvt. Ltd.

Nicknamed Neroo, Namrata Shrestha (age 28 years) was born in 14th June 1985 in Dharan. Her zodiac sign is Gemini. She looks stunning with her hazel brown eyes and brown hair and she enjoys singing and dancing in her leisure time. After completing 10 +2 (Science) as a formal education from KIST College, she has acquired Bachelors Degree in Media Studies.

Bistarai Bistarai is the cover song from Namrata which she has sung for Soul sister.

Namrata is often seen as an actress with better dress sense who is dedicated in her work but not so good in time management.

The name of Namrata was linked with Raymon Das Shrestha but their affair ended soon and none of them either confirmed or denied the affair. Next, she was seen with DJ Tantrik (Kichaa Man Chitrakar) but their intimate relationship was ended after controversial sex video got leaked. Next, her name was linked with Prem Ghale. It was said that they started seeing each other since 2011 but the sad news of breakup in between Namrata and Prem Ghale came in 2014.

Who is Namrata Shrestha dating now?

Although there was rumour of Namrata getting close with Yama Buddha, it seems she has found a lover in Dawa Sherpa. The couple have been seen together in public events together.

Namrata is the co-owner of Attic Bar Restaurant (www.attic.com.np). Attic Bar was opened in Uttar Dhoka, Lazimpat and later shifted to Tangalwood, Tangal due to the end of contract. She has worked in different advertisement campaigns and music videos while she has also shown her skills in theatre plays like Jalpari (2009) and Oleanna (2011).

Namrata had won Best Actor (Female ) title in INFA Awards organized in 2014 for her role in Maun while she was nominated as Best Actress and Popular Actress of the year in NEFTA Awards 2015 for her role in November Rain (2014).

Namrata became the talk of the town when her sex tape with DJ Tantrik was leaked. DJ Tantrik was already a married man. The video is almost 8 minute long. After the private video was leaked, there was a debate whether it was real or fake. Besides, people also wondered about the timing of video release as it went viral just at the time of release of Mero Euta Sathi Cha. But Namrata in an interview, shamelessly admitted that it was her video. This led her to the controversy. The video is said to be made public by the wife of DJ Tantrik.

On the recent event, the news went viral that Communication Minister Minendra Rijal wanted a sexual favour in exchange of a movie award. The news created such hype that Namrata had to address it through her facebook account. She not only reported the rumour to be baseless but she also questioned the ethics of Nepalese journalists. 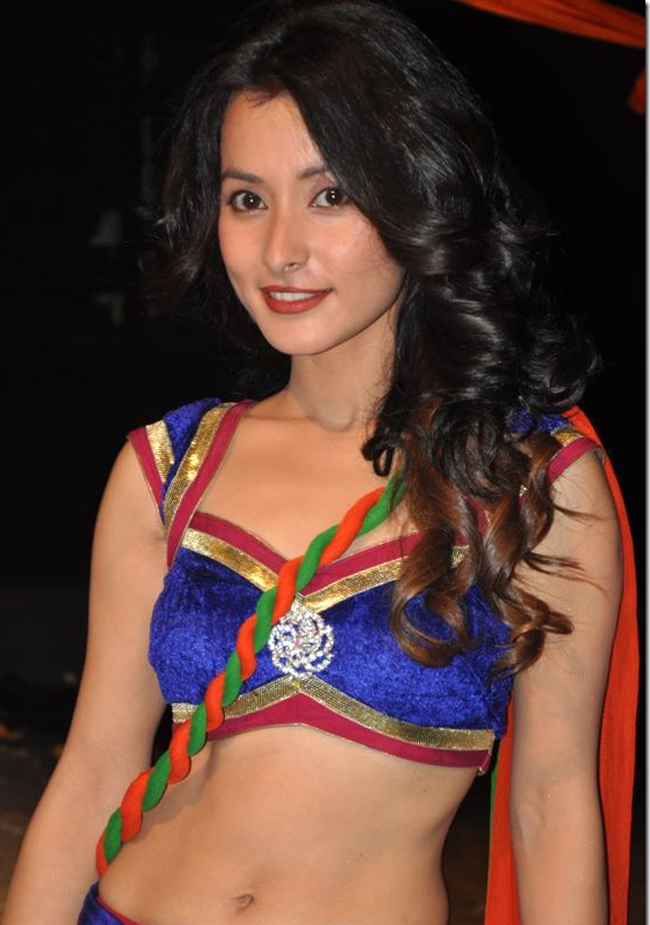 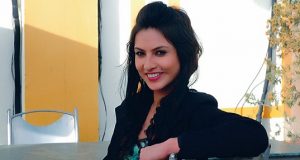