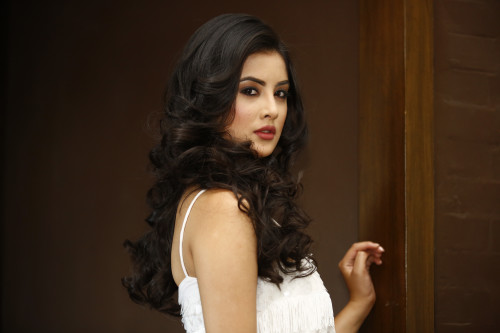 One of the rising Nepali model, Niti Shah (birth date: 2nd Feb) received fame at quite a young age. Model with a photogenic face, her facial structure has often been compared to the facial structure of that of Bollywood actress Katrina Kaif. A model with perfect sense of fashion, she has already been featured in covers of top lifestyle magazines like Teenz, Wow, Navyata, TNM and Movers and Shakers. Movers and Shakers is the special Friday supplement from National Daily Kathmandu Post.

We can expect nothing but the best when a girl with features of Niti meets with veteran Photographers like Sanjog Rai and Anjil Maskey who have given their best to capture the angelic beauty in Niti Shah Pictures.

After completing Graduation from St. Xaviers College, Maitighar, she is busy in the world of glamour doing fashion runways and advertisements. She is also engaged in product lunch. She has already done ramp walks for top fashion designers like Antee Gurung, Shama Banu, Mamta Gurung Joshi, Subechhya Bhadel and others.

Despite her young age, she has already earned thousands of fans who motivate her to continue the hard work. She has been the talk of the town and the heartthrob of many Nepali youths.

One of the prettiest faces in Nepal, she is gifted with seducing smile and body language that evokes sense of confidence.

Born in Kathmandu, she was raised by her parents in a child friendly environment. She was a pampered kid. Her mother is a teacher while her father is from military background.

Niti started her education from Chandbagh School. She joined Xavier Academy for further education and later at when she was sixteen years old, she decided to join the glamour world. Niti is also a student of journalism.

In an interview, Niti Shah recalls herself as a shy girl during her early school days. The transformation from a shy kid to the confident and bold model is remarkable. She has evolved out of her reserved character. Niti prefers home cooked meals more and affirms one of the best ways to maintain beauty is to avoid junk foods. Â She says she likes the idol of Ganesh a lot. Although she does not describe herself as a religious person, she says Ganesh is more than an idol to her as it holds sentimental values for her and she would like to get a Ganesh tattoo on her skin.

Her biography is a reminder to all that- â€˜It is not your age but your action that defines youâ€™. She is the source of inspiration for many teenagers who want to follow her footsteps.

Not only does she have a pretty face but she is also graced with humbleness and she wears the cutest smile which makes her the kind of company that is always pleasure to be with.

Nepali glamour industry has found a true gem in Niti Shah. Hopefully, she will continue to bless the industry with her charisma for she has got a lot of potential in her.

What does Niti want in a man?

Niti likes a responsible and well-dressed man who is sharp and witty and who speaks with confidence. She likes a man who drinks responsibly and who is fun to talk with. She prefers honesty over lies. She likes to be with a person with positive personality. She hates people who are full of themselves. She cannot stand a rude behaviour. And guyz! Remember to take shower and use deodorants and anti perspirants if you are going to meet Niti for she loathes people who reek. 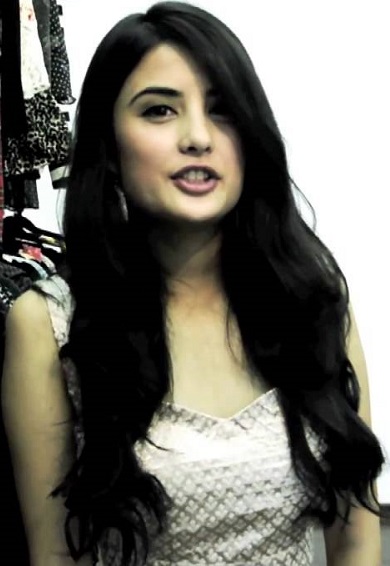 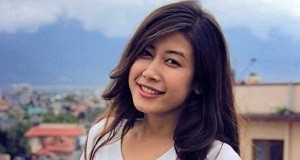