Movies and Drama played by Malvika

She was offered the role in God Lives in the Himalayas by another successful Nepali actor Sunil Thapa. Along with movies and dramas, she has also made her appearances in few music videos including Nima Rumbaâ€™s song Auna Sangai Nachau.

One of the top female media personality in Nepal, Malvika Subba (age 35 years) was born in 19th July 1981 to her parents. Her father was a boxing player and he used to be known by the name of Kid Rio. A beautiful diva, she was able to bag the title of Miss Nepal 2002 at an early age of 22 years. On the same year, she had also won the title of Miss Personality, Miss Best Hair and Miss Talent. Since then, her identity has evolved as a social activist, a successful Business Entrepreneur, a TV Host and more. She had represented Nepal in Hunger Free Campaign held in New York on 2007 while she has also collected experience of being an ambassador for MTV EXIT Campaign on human trafficking. In an interview, Malvika Subba gives lots of credit to Miss Nepal pageant for what she has become today arguing that these kinds of competition helps in women empowerment by boosting their confidence level. Malvika wishes her husband to help her in household chores. She likes surprises and describes herself as a romantic soul. People close to Malvika know her as a confident, funny, intelligent and an adorable person who has achieved so much at such young age. Of all body parts, it is lips and eyes that attract Malvika the most. She considers Matthew Mcnoughey as the sexiest man alive.

Malvika married Riyaz on 25th April 2012 in her home in Golfutar, Kathmandu. Malvika was dating Riyaz since a year and half. So, they decided to take the relationship to the next level with more commitment and thus they tied knots. Trying to avoid the public attention, the couple had wanted it to be a secret wedding with only few close friends to attend the wedding. Riyaz is the instructor of Salsa dancing. Malvika was looking for a place to learn Salsa and she heard the name of Riyaz. So, she visited him and began taking classes from Riyaz. In course of time, they began to understand each other as they grew close. They realized that their relationship can work. So, they decided to tie knots.

Few months back, Malvika announced her pregnancy through Instagram declaring that she was pregnant since last five and half months. Malvika had married with her husband Riyaj Shrestha five years before. According to the latest update, Malvika has given birth to a son on 14th April 2016. Since normal delivery was not possible, she had to go through surgery. Their son weighed 3.85kg and was healthy. They have named their son as Zayir Rio Subba Shrestha. They broke the news of the child eleven days later on 25th April.

Malvika â€“ Owner and Creative Director of House of Apparel

Teaming up with Manish Pandit, Malvika founded a Nepali fashion house named House of Apparel in Lazimpat, Kathmandu with her own in-house designers in 2010 through which they are manufacturing trendy clothes under labels of Aira, Just Tâ€™s and Eco Essentials at affordable price.

Malvika- Producer of How Funny

Malvika is never afraid of taking risks. This very trait has enabled her to venture into diverse fields. Malvika was always fascinated by movies. She decided to Produce How Funny- a much anticipated Nepali comedy movie. The movie is directed by Nilu Dolma Sherpa. We can see stars like Dayahang Rai, Priyanka Karki, Keki Adhikari and Anup Bikram Shahi in the movie. 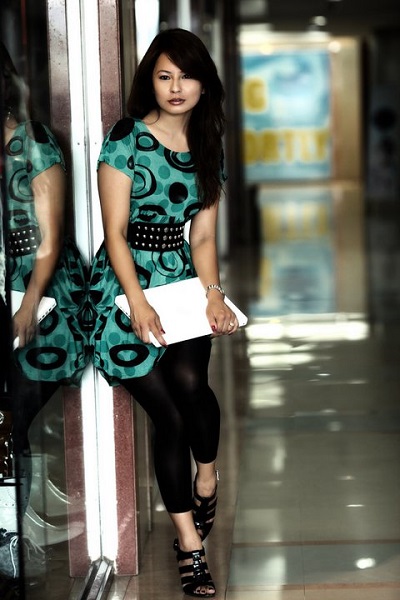 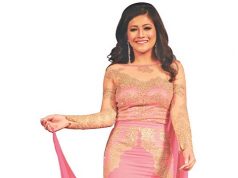