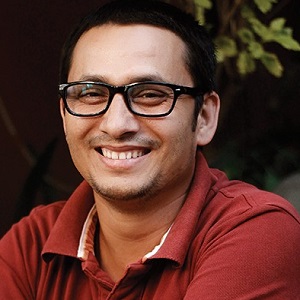 A successful scriptwriter, theatre director and an actor, Khagendra Lamichhane was born and raised in the middle class family of farmers in Syangja. According to Khagendra bio, his path towards play writing was paved in 1999 AD when he participated in Western District Drama Contest. Sadly, he did not win the competition but it was enough to let him know which career to pursue. So, he went to Pokhara where he joined Pratibimba Theatre Laboratory to take training in acting. Once he completed his Intermediate Level studies, he decided to move to Kathmandu.

His passion towards Drama led him to apply in Nachghar. He performed his first solo drama in Gurukul National Festival. The play was titled Peeda Geet (Song of Sorrow). He was the writer, director as well as an actor of this play. Peedageet was received warmly by the audience which motivated Khagendra to do better.

When coming to Kathmandu, he wanted to establish himself as a successful writer. He found literature writing as a means to express the suppressed voice. The road to stardom has not been easy for him. There was a time when he had to publish his first novel by selling his own gold chain that his father had gave to him. Sadly the first novel went unnoticed but he never stopped following his dream. Finally, fate started to favour Khagendra. His close friend Jibesh applied on his behalf for the job position of Writer at BBC Radio Nepal (BBC Media Action, Nepal) and he was selected for the job. So, he was associated with BBC as a writer and director of Radio Drama Katha Mitho Sarangiko. Soon he was promoted as a Senior Script Writer and Producer. His dedication towards his work made him the Department Head.

Whenever he gets free time from acting, he likes to visit his farm where he is professionally growing orange and guava trees. He has also started goat farming and is thinking about raising kiwis.

Khagendra wants to introduce himself more as a writer than an actor. Khagendra Lamichhane debuted in movie as an actor from Badhsala, a highly controversial movie based in the tyranny of Nepalese Army during the Maoist Insurgency. He is also the writer and lead actor of Talak Jung Vs Tulke. Selected for Oscar Award from Nepal, Talak Jung Vs Tulke is a thought provoking and open ended movie that gave new taste to Nepali movie viewers. Khagendra Lamichhane new movie was Pashupati Prasad which received huge audience. Khagendra likes writing a character based social drama movie where the story revolves around one central character.

After the grand success of Pashupati Prasad, the team of Khagendra and Director Dipendra Khanal is teaming up for next social drama movie for which they have already completed writing script and discussing about shooting date and location.

Learn more about Khagendra Lamichhane movies and Bio from wiki sites like Wikipedia. 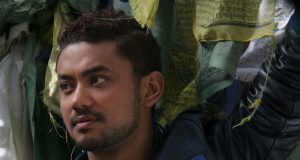