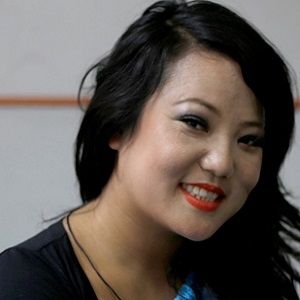 Jyoti was born in the remote Rolpa district in the family that loved listening to music. She was raised in Dang. She had passion towards singing and dancing since her early childhood which made her to participate in musical events organized in school. She passed district level examination from school in Rolpa and then continued her school studies from school in Dang. As her school days came to an end after she finished SLC from school in Dang, she decided to follow her dreams and moved to Kathmandu. Although she was enrolled in IA (Intermediate of Arts), she decided to get fully committed to her career in music and thus she gave up her studies. Her first album was Man Kina Tada Bho which she recorded in 2006. She has already given her vocal to more than hundred songs. Her second Album Maya Sanga and third album Uhi Mulako Sinki Uhi Mulako Chana established her in Nepali folk music industry. Jyoti is a multi-talented persona who is a model, a lyricist and a music composer. She has also performed in dramas. Jyoti has said that it is okay to have sex before marriage if you are assured of long term relationship with your partner. Counted in the list of successful Nepali folk singer, Jyoti Magar travels to foreign countries frequently for stage performance. She has already visited Denmark, Australia, Hongkong, Japan and USA. She has suggested that government should make special provision for Nepali celebrities in passport so that it would be easy for them to travel.

She was criticized for her dance in a Teej Song video of Dhade Biralo that was sung by Shree Devi Devkota and Prakash Katuwal. Dhade Biralo soon climbed to the number one position in different countdown lists.

In the facebook status, Jyoti has announced that she has gave up drinking since 2nd October 2015. Although she did not give exact reason as to why she quit drinking, she has suggested that she had made mistakes in her life because of drinking and so she wanted to start new life far away from drinks. Drinking is common in Magar community among men and women alike.

Although wearing short dress was a shortcut to her success in the glamour world, Jyoti has often had to face problems because of her cloths. In an event held in Al Ain, Abu Dhabi for Nepalese people living in UAE, Jyoti was misbehaved by some of the audience due to which the program had to be halt for some time.

Jyoti Magar interview in NTV Plus was banned from being broadcast as it was vulgar and not appropriate to the audience. Some of her interviews were never shown due to her provocative attire as the censor team took the interview to be vulgar.

There was a rumor that Jyoti was bitten by a group of women when she was shooting a Teej song in Balaju Park. But when asked to Jyoti, she said she had never been to Balaju Park on that day as she was busy with shooting in other places.

Who is Jyoti Magar Dating Now?

In an interview, Jyoti Magar has said that she is single now and is not seeing anyone. She has no love affair with anyone and he does not have a boyfriend yet. She further stated that many people have proposed her for marriage and love relationship. Some of them genuinely love her while others are seeking purely for pleasure only. She is focused on her career and she has no time for love affair for now. She loves all her fans and well-wishers equally.

Jyoti likes to expose her glamorous side through photo shoot. She likes Gagan Thapa among Nepalese political leaders. What she likes about Gagan Thapa is his vision and his handsome looks. She likes the personality of Rajesh Hamal. In one interview, Jyoti said that her would-be husband should have personality of Rajesh Hamal and he needs to be as successful as Rishi Dhamala.

Family of Jyoti Magar consists of her father, mother, one brother and one sister. Both her brother and sister are married. She is living with her father and mother in Kathmandu these days.

Bmedia1 - March 31, 2016
0
Anju Panta Biography Followed by more than a million fans in facebook, Anju Panta is one of the greatest Nepali female singer that the music...