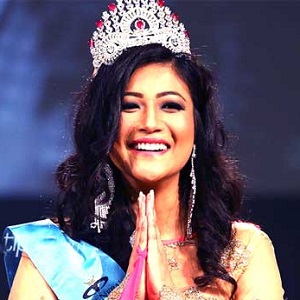 Evana Manandhar came into limelight after winning the Miss Nepal 2015 beauty pageant which was organized at Hotel Annapurna on 18th April 2015 by Hidden Treasure. This was the 20th edition of Miss Nepal event since it started in 1994.Â Evana was handed over the crown by former Miss Nepal 2014 Subin Limbu. In the same event, Dibyata Vaidya was selected as a First Runner Up which made her eligible to represent Nepal in Miss Earth 2015 event while Medha Koirala was selected as Second Runner Up and she represented Nepal in Miss International 2015 event. EvanaÂ was enrolled in the event as a contestant number 14 and she managed to bag the title out of 19 contestants by giving the witty answer to the question asked by Chief Judge Dr. Shanker Sharma who asked her how did she see herself in 15 years time, to which she answered with confidence that she would want to be known as a successful entrepreneur and she would want to spread love, gratitude and hope among Nepalese.Â Winning this title opened the door for Evana to represent Nepal in Miss World 2015 event that was held at Rolene Strauss, South Africa on October 2015. EvanaÂ has been contributing to the society by getting involved in various social causes and working together with Organizations like WWF and Maiti Nepal. Evana along with other contestants had received one month of special training prior to the event in which they had attended lectures, received etiquette lessons and participated in social works. Along with title, Evana was awarded with NPR 100 thousand cash prize.

EvanaÂ was born in 1992 in Bhotebahal, Kathmandu. She completed her school level education from Shuvatara School and went on to join Malpi International College for her higher studies from where she acquired GCE A- Level Certificate in 2009. She had keen interest in marketing and she was well aware that she would need to acquaint herself with latest innovative strategies if she is to get success in this competitive world. So, she decided to move to United States to study marketing. There, she joined Wilkes University in 2010 to study Bachelor of Business Administration (2010). She graduated from the University in 2014 with Marketing and Entrepreneurship as Major Subjects. For her exceptional conduct,she was awarded with Dean’s Excellence Award in Marketing. She had the honor of being selected as International Student of the Year while studying at Wilkes University.Â Unlike other youths whoÂ look for ways to continue living in the dreamland of United States after completing their education,Â Evana decided that she want to return back to Nepal and would want to try the skills and education she had got from USA in her own native country where she belonged.

Evana likes to travel a lot. Singing, swimming and dancing are her favorite hobby. She sees herself as an extrovert and according to Evana Manandhar interview, she is comfortable with meeting people and interacting with them. She speaks Nepali and English with fluency and she understands Newari language well. Following the footsteps of her father and forefather, Evana wants to set up a sole proprietorship in near future. In her free time, she likes watching to National Geographic Channel and browsing through Reddit, a social News and Entertainment website. She is quite impressed with the works of fashion designer Prabal Gurung. She prefers savory taste over sweet.

Winning Miss Nepal title made Evana eligible to participate in Dance Competition held on 30th November 2015 in Sanya of China where she was able to secure her place among Top 10 Dances of the World. She had to compete with 116 other contestants from countries like China, France, South Africa, Paraguay, Malaysia, Slovakia and Thailand for the title.Â Evana had danced with her heart by putting on the traditional Nepali attire that provided the glimpse into rich Nepali traditions. The skills of participants were judged by world renowned Choreographer Donna Darby and Music Director Mike Dixon. 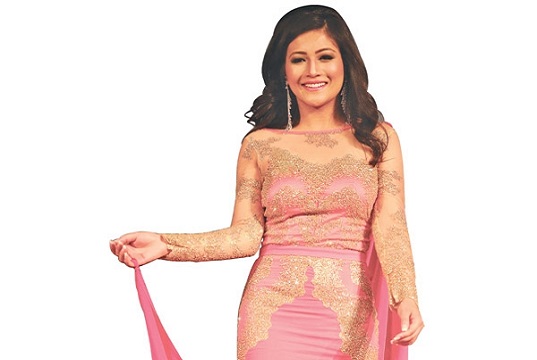 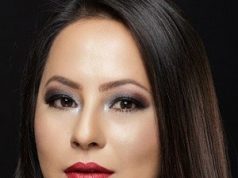