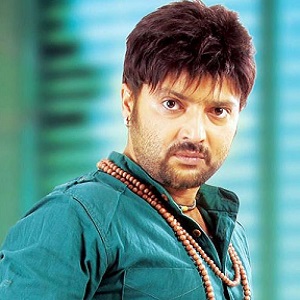 Aryan Sigdel (age 32years) is one of the top Nepali actors who is rocking Kollywood Cinema Industry since his debut in Rekha Thapa produced movie Kismat (2007). Christened as Harish by his parents, Aaryan Sigdel birth date is 5th August 1984. He was born to father Ramchandra Sigdel and mother Sharada Sigdel in the birthplace of Dhunche, Rasuwa. His sibling include a sister named Yasoda who has been married to Neupane and is currently living in Australia. Aryan Sigdel house address is currently in Thankot, Kathmandu.

Aaryan started his education from Dipendra Police School and passed SLC from Mangalodaya Higher Secondary School. He joined RR Campus to study Business Studies but his newly discovered passion for acting prevented him from completing the education and he left it abruptly to pursue the dream career in acting for which he joined acting classes.

Aaryan entered in the entertainment world as a dancer in Trikon Kala Kendra. Later, he joined Pariwartan Nepal and got a lead role in a street drama titled â€˜Janatako Prajatantraâ€™ (Peopleâ€™s Democracy). It was then that he gained confidence in acting. The next step was to perform in music videos. Finally, the potential of Aryan in movie was noticed by Rekha and thus he got his chance in Nepali movie.

Aaryan Sigdel charges 2.5 Lakhs to 3 Lakhs per movie which makes him one of the highest paid Nepali actors.

Aaryan is living happily in his house at Thankot with his wife Sapana and his parents.

Breaking the heart of so many fans, Aryan Sigdel married his girlfriend Sapana Bhandari on 19th April 2014 (6th Baisakh) and threw reception party on 7th Baisakh. Aaryan was dating with Sapana since more than 5 years before wedding. Sapana was studying Masters in Business Studies in White House College. Her age was 25 years at the time of marriage as she was born in 1989. 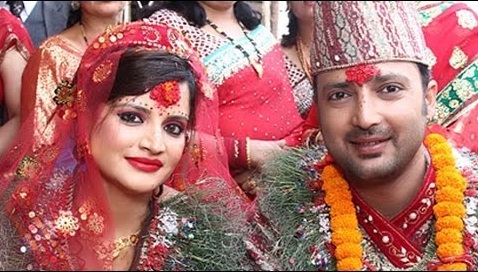 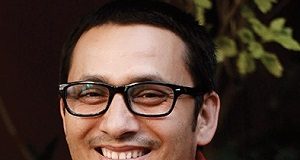 Bmedia1 - May 2, 2016
0
Khagendra Lamichhane Biography I DONOT WANT TO BE A RICH MAN, I WANT TO BE A HAPPY MAN A successful scriptwriter, theatre director and an actor,...